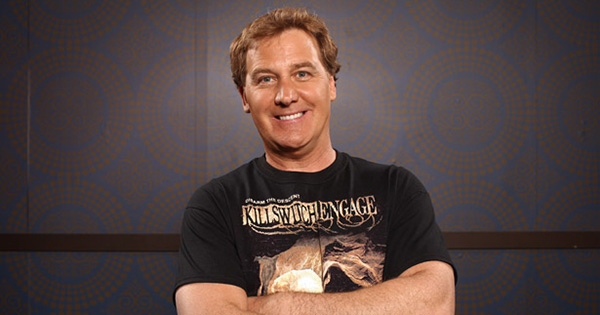 Florentine will only dial in to the inner most depths of his mind to produce laughter for the audience.

As a child, Jim Florentine would amuse himself by making prank phone calls. Never did he imagine that years later, the very same activity would give his career a boost and raise him into the upper echelon of comedians. At Wiley’s, April 30 – May 2, Florentine will only dial in to the inner most depths of his mind to produce laughter for the audience.

After releasing multiple Volumes of ‘Terrorizing Telemarketers,’ the first of which in 2001 ranked as high as #2 on Amazon.com in CD sales, Florentine was cast in the Comedy Central series ‘Crank Yankers.’ On ‘Crank Yankers,’ Florentine provided the voices for Special Ed, Bobby Fletcher and a variety of other characters. “I was always in trouble as a kid, so would sit around and make prank phone calls. Who would have thought it would ever pay off?” said Florentine.

With caller I.D. and the threat of harassment charges, Florentine has moved away from prank calls and relies on material from his own life to form an act. The formula works as he continues to travel the country entertaining audiences.

In addition to comedy, another passion in Florentine’s life is music, particularly heavy metal, which he gets to pursue as co-host of ‘That Metal Show.’ Now in its 14th season the ‘That Metal Show,’ is a heavy metal talk show that airs on VH1 Classics. The other co-hosts are Eddie Trunk and Don Jamieson.

Florentine became a fan of heavy metal from riding around in his older brother’s car as a child. “It was ingrained into my head. I used to hear it on the radio all of the time,” he said.

A veteran of the comedy club circuit, Florentine has seen some changes over the years in the industry, such as less area radio stations to go on for promotion. In the modern era, Florentine now relies more on social media and podcasts to get the word out. In 2011, Florentine started his own weekly podcast, ‘Comedy Metal Midgets,’ which is available for free on iTunes.

Florentine has also been building on his acting credits with appearances last year in the Showtime series ‘Californication,’ and is a semi-regular on ‘Inside Amy Schumer.’ Later this year he can also be seen in the movie ‘Trainwreck,’ starring Amy Schumer.

Dayton is one of the many cities Florentine is always proud to visit as he enjoys the Oregon District, including one place that sticks out in his mind. “I hope the record store is still there. That’s a good one,” he said.

Jim Florentines will be at Wiley’s on Thursday, April 30 through Saturday, May 2.