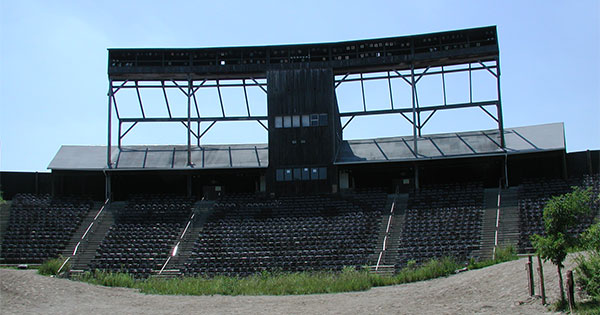 The land that was once used to tell the historical Native American story of Blue Jacket is now a construction zone.  The amphitheater was constructed in 1981. It’s been 11 years since Blue Jacket was last produced at the Caesar’s Ford Park in Xenia. Though memories of the outdoor drama will remain in the hearts of those who attended, the area is now being renovated to serve as a park.

For many, like me, Blue Jacket was their first exposure to live theater. You didn’t even have to dress up to attend, as shorts were acceptable, and actually somewhat encouraged. The summer nights could get pretty hot so to be in a suit would be miserable. These days people dress casual for any theater, unlike in the eighties, but that’s a different story. As a pre-teen, I remember being amazed by the realness of the production. So impressed that actual horses were used and real guns. The shots rang out really loud and the actor’s dropped if they were hit. It was so much different than in the movies, when it’s right before your eyes.

The ‘stage’ appeared very natural, as not much was changed from the wooded area. The setting made it more believable that the events portrayed had actually once occurred on the land. Blue Jacket was both enjoyable and educational, that grandparents and children alike would benefit from. I’ve never had much interest in history, yet I remained engaged during Blue Jacket due to the theatrics. Just don’t give me a quiz over the material.

Another part of Blue Jacket that I remember is getting to meet with the cast after the show. Especially as a child when they were celebrities in my eyes and personal encounters with stars are rare.

Many may also remember Caesar’s Ford Park for a haunted trail that it turned into during Halloween season. Personally, I was never brave enough to go.

Bankruptcy forced the closure of Blue Jacket in 2007.

With the demolition of the former Blue Jacket amphitheater now complete, Greene County Parks & Trails Director Jon Dobney reports that the park will be re-opening within one year.

“We will be removing all safety hazards as well as adding primitive camping, multi-use trails, renovating the amphitheater area and more. We’re currently working with the Greene County Horseman’s Council to build horse trails throughout the park.”

The park will be open for the Caesar Ford Summer Fest, which takes place from noon to 9 p.m. on June 9.  Free family entertainment will include live bluegrass music, a variety of food trucks, bouncy houses and fireworks at 9pm.

For those interested in outdoor dramas, Tecumseh is still performed in Chillicothe from June into September. 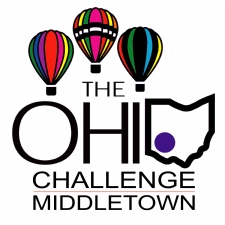