The story behind Frankenstein’s Castle at Hills & Dales
Login 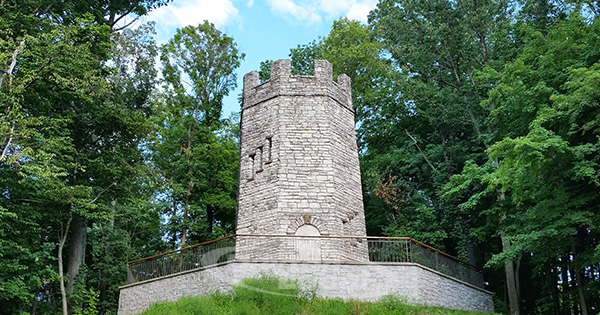 Closed in 1967, mysterious tales about the tower at Hills & Dales still persist, but what is the real story?

Known by some as Patterson’s Castle or the Witch’s Tower, but more commonly as Frankenstein’s Castle, the turret-shaped lookout tower on the grounds of Hills and Dales has surely been a source of intrigue over the years.

All types of sensational stories and mysterious tales have circulated the Miami Valley concerning this now permanently sealed tower.  Did Frankenstein really live there?  Obviously not.  But do ghostly figures haunt the tower?  Who is the lady in the black robe?  And are there really ghostly silhouettes charred into those three foot thick stone walls?

It turns out, the truth is much more somber than sensational.

Built in 1940 and completed in 1941, the 56 foot high turret-shaped tower was built by the National Youth Administration as a project with stone salvaged from buildings condemned by the city.  It was closed shortly after an incident in 1967 that left Bellbrook teenager Peggy Ann Harmeson dead and her companion severly burned.

Local website, daytonunknown.com uncovered an article from the Xenia Daily Gazette, confirming the incident on May 17, 1967.  Peggy and her companion were hit by a bolt of lightning which reportedly hit the tower while the two were inside.  Peggy was buried three days later in nearby Calvary Cemetery. 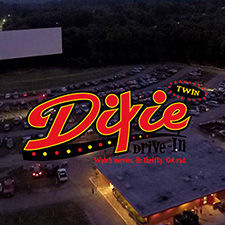 Dixie Drive-In Movies
Events Calendar Featured Events
Follow Us
Dayton Local takes reasonable measures to ensure the quality and accuracy of the information on this page. Use of this site is at your own risk, and by doing so, you agree to our Terms & Conditions. You can report inaccurate, misleading or inappropriate information using the button below. Thank you.
© 2022 DAYTON LOCAL