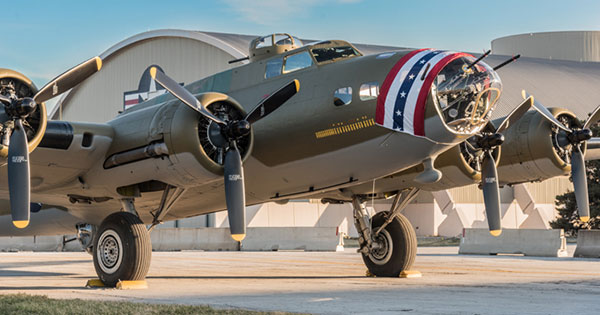 The Memphis Belle, a B-17F Flying Fortress, is one of the most famous aircraft in history. 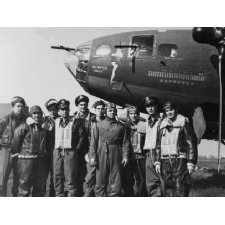 In May 1943, The Memphis Belle became the first U.S. Army Air Forces heavy bomber to complete 25 missions over Europe and return to the United States. 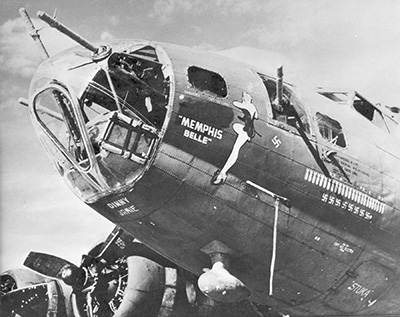 After returning to the United States in June 1943, its crew flew the aircraft across the country on a three-month war bond and morale boosting tour. With the bond tour and the 1944 William Wyler documentary color film titled “The Memphis Belle” – which contained actual combat footage – the aircraft and its crew became widely known and celebrated. In 1990 a major motion picture of the same name added to their fame.

For many, the story of the Memphis Belle has become a timeless symbol of all the heroic USAAF bomber crews who flew against Nazi Germany in World War II. 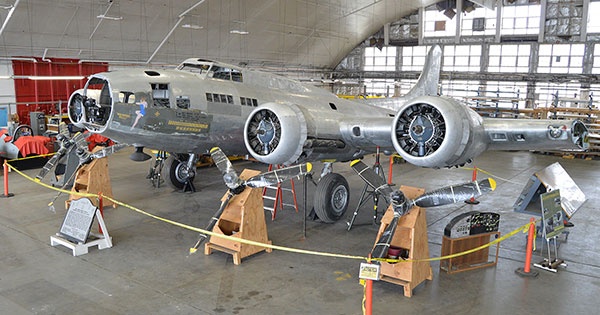 Following decades of display in Memphis, the historic aircraft came to the National Museum of the U.S. Air Force in October 2005, when work began on a careful, multi-year conservation and restoration effort, which will bring the Memphis Belle back to pristine condition.

It was announced in February 2017, that the Memphis Belle will become the centerpiece of a new major exhibit in the museum’s WWII Gallery.  The Memphis Belle will finally be placed on public display at the museum on May 17, 2018; exactly 75 years after its crew finished their last mission in the war against Nazi Germany.