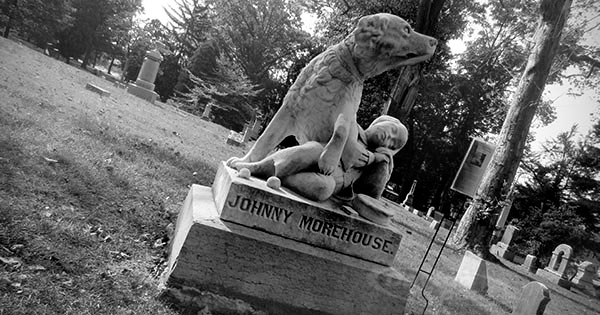 Mysterious local tales that will give you the chills. Could these be the most haunted places around Dayton?

There’s many who like the Haunted Houses with an entrance fee, in which staff are paid to provide the fear. However, there are a number of places in and around Dayton which are truly haunted, and if you're lucky (or maybe unlucky), may present some frightening chills. 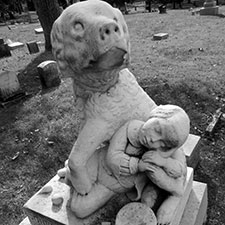 Besides maybe the dentist, there is nowhere scarier than a cemetery, especially in the evening hours. (Not that I would know, but it sounds terrifying.) The Woodland Cemetery is the eternal resting place of some of the biggest names from Dayton including the Wright Brothers, Paul Laurence Dunbar, and Erma Bombeck, only some of its inhabitants still have some life left in them.

Most notably, is Johnny Morehouse, who as a young boy in the 1860’s was playing on the edge of the Miami & Erie Canal and fell in. His dog was there, and pulled Johnny out, but not before he had drowned. Johnny was buried at Woodland, and for days after, the dog laid at the grave. To this day, people still leave trinkets at the grave and there have been reports of seeing Johnny walking his dog around the grounds. 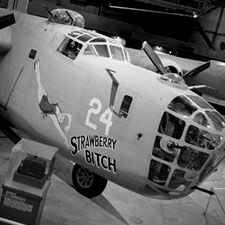 The National Museum of the United States Air Force is the area’s top attraction, and visitors who look very closely may well see more than old aircraft; but also some of their departed crewmembers. Many of those who were associated with the aircraft still hang around them on occasion.

A plane that attracts a lot of activity is the ‘Strawberry Bitch,’ on which the belly guns have rattled and there have been visions of a pilot. A custodian also reported having been hit in the face by a ghost near the plane. Another haunted area is around the ‘Lady Be Good,’ from which the crew died during World War II after wandering in a Libyan desert after crashing down. The crew has since been seen still wandering at night. Parts from the plane are on display in a case, and witnesses have seen them move around on their own. 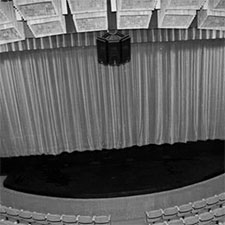 While I was a student at Sinclair Community College, I had some terrifying Algebra classes, but thankfully never encountered any ghosts. The very same grounds is where the gallows were located years ago, which is cause enough for the haunted theories.

In Blair Hall Theatre people have reported feeling pulled and pressed upon by invisible hands, as well as hearing laughter, footsteps and babies crying. Other strange events have been witnessed like doors suddenly slamming and elevators working on their own. Furthermore, a popular tale at Sinclair recounts how a security guard saw the former security chief, who had died the week before, walk down the hallway. 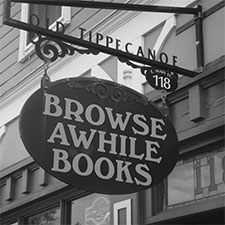 I’ve always been pretty skeptical of such things, but at Browse Awhile Books in Tipp City - which is believed to host up to seven friendly ghosts - I personally encountered some paranormal activity. Browse Awhile Books has been featured on a few different television shows related to Ghost Hunting, and I had the opportunity to partake in an overnight investigation of the store by a trained group of professional ghost hunters.

Things became very real, when we were all down in the basement, nobody was upstairs and the sound of footsteps came from above. It wasn’t the floor creaking or anything, it was clearly footsteps, but the skeptic in me still needed more convincing. What happened next left no doubt in my mind, that we weren’t alone. A turned off flashlight was laid out, and one of the investigators asked the ghost to show their presence by turning on the flashlight. Suddenly a ray of light came from it. I don’t know what happened next, as I didn’t stick around to find out. A fire destroyed Browse Awhile Books over the summer, but it’s being reconstructed and none of the ghosts are believed to have been harmed. 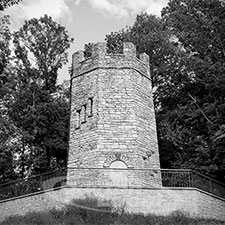 Closed in 1967, mysterious tales about the tower at Hills & Dales still persist, but what is the real story?  And who is the lady in the black robe?

Known by some as Patterson’s Castle or the Witch’s Tower, but more commonly as Frankenstein’s Castle, the turret-shaped lookout tower on the grounds of Hills and Dales has surely been a source of intrigue over the years.

Read the full story behind Frankenstein’s Castle at Hills & Dales. 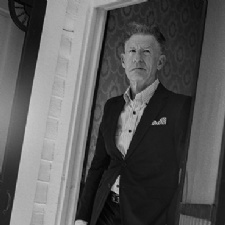 Lyle Lovett And His Large Band
Events Calendar Featured Events
Follow Us
Dayton Local takes reasonable measures to ensure the quality and accuracy of the information on this page. Use of this site is at your own risk, and by doing so, you agree to our Terms & Conditions. You can report inaccurate, misleading or inappropriate information using the button below. Thank you.
© 2022 DAYTON LOCAL