The Explosion of Cupcake Mania in Dayton
Log In

The Explosion of Cupcake Mania in Dayton 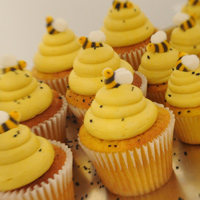 There is no question that the popularity of cupcakes has exploded in recent years, and the Dayton area is no exception. At Dayton Local, we stopped by a few of the newer cupcake stores to get the inside scoop!

The Explosion of Cupcake Mania in Dayton

There is no question that the popularity of cupcakes has exploded in recent years, and the Dayton area is no exception. Over the past 18 months we have welcomed a plethora of new cupcake stores, beginning with Gigi's Cupcakes in 2010, followed in October 2011 by Sweet Dots Bakery and Frost, and then JuneBug’s Cupcakes in December.

We started off 2012 right with a new Frost location in April, and Moore Dessert Please! which just opened its doors just a few days ago. Cupcakes are now "the trend” for birthday parties and weddings – where Brides can cut costs, while keeping a great taste to please the crowd, and they still get to choose flavors, colors, and designs.

Cupcake Wars in the Miami Valley?

Perhaps we have been influenced by shows like Sex in the City and Cupcake Wars on the Food Network. In fact, Moore Dessert Please! will be featured on Cupcake Wars tomorrow evening! Moore about that later… (pardon the pun). One thing is for sure, there is nothing better than comfort food in hard times. At Dayton Local, we stopped by a few of the newer cupcake stores to get the inside scoop!

Ahhh, I open the door and pull into a parking spot just in front of JuneBug’s Cupcakes, and as I look in the window I can already taste buttercream frosting. I know, it’s a gift, right? What I didn’t realize is how much of a gift it was to find this new business, and now a new place for my husband and me to indulge ourselves. The owner welcomes me into the store, and I introduce myself, then the magic begins. He asks, "How can I help you today?”, and greets me with a smile. Ah, he is service oriented too, which is just what I am looking for in addition to satisfying my sweet tooth. I introduce myself and share with them that I would love to get the inside scoop on his new business for Dayton Local, and that I would love for him to serve up one of his fabulous treats before I go.

The Beginnings of JuneBug’s Cupcakes!

Every business has a story or a "WHY”, for how they got started. Michael Stewart and Jami Smith, a brother and sister team knew that they wanted to do something together, but it had to come full circle. With Michael having spent time in the restaurant business and Jami with a background nursing, what were the options? Michael first started with Dairy Queen in Middletown, then Applebee’s, and managing restaurants in Myrtle Beach, while Jami tended to the care of her patients as a nurse. Last year when Michael suffered a heart attack, he knew it was time to slow down, and he wanted to go out on his own. Michael and Jami decided that it would be cupcakes, and for that we are grateful! This cupcake haven gets its name from their mother, June Stewart, who even at nearly 70 years of age is still baking for them 3 days a week. As you would guess, Mother Stewart ensures that all cupcakes, cakes, and other delights are baked fresh every day.

What Does JuneBug’s Cupcakes Offer?

JuneBug’s Cupcakes isn’t just cupcakes, but 8 inch round cakes, decadent brownies with frosting of all kinds, and wedding cakes too. In fact, JuneBug’s Cupcakes is putting out 8 to 9 wedding cakes per month, and is quickly making its way to fame. In fact, this cupcakery has already been filmed by the crew on Maids of Drama, and will air very soon on Oxygen Network. The crew had their cupcakes and fell in love with them, and immediately the passion for their offerings turned into a reason to start filming and fast!

Michael says that it doesn’t matter what you want for your special day or occasion, just bring in a photo and they will get it done for you. Yes, ladies and gents, they do offer the cupcake towers if you weren’t sure!

The Flavors of JuneBug’s Cupcakes

So, what flavors does JuneBug’s Cupcakes offer you? The list is long but worth of you taking a look! The regular line of flavors right now includes Chocolate Salted Caramel, JuneBug, Orange Dream, Buckeye Blitz, What’s up Doc, JB Sunshine, Wedding Bliss, Chocoholic, and Owner’s pick.

There are also daily specials which you can find on certain days.

The best part? Once the month of June hits, they will be serving up their summer flavors!

What JuneBug’s Cupcakes Wants You to Know!

What would JuneBug’s Cupcakes love for you to know? Unlike most bakeries, they are open 7 days a week, and they are the only bakery that offers gluten free cupcakes. They are working on more flavors for you, and they also have some sugar free offerings in the works and hope to release those soon.

They are a family owned bakery and not a chain, and they do have plans to expand soon, so that will be announced in due time which is exciting. They also have plans to serve up some good java for you, and that will also be available sometime soon!

Remember, the TV show will be airing soon, so it’s best to check out the Oxygen Network to find out when, and you can stop by JuneBug’s Cupcakes any day of the week. They are open Monday through Saturday from 10 a.m. until 7 p.m., and on Sunday they are open from 12 p.m. until 5 p.m.

They are located at 2423 Miamisburg-Centerville Road, located in between AT&T and Fazoli’s in the plaza across the street from Target. Don’t wait another minute to go grab one of these delicious cupcakes, and tell Michael and Jami we said hello!

Ahhh, yet another heaven made of cupcakes, buttercream frosting, gelato, and "Moore”! Sure, it’s a play on the name, but obviously they wouldn’t have it any other way. I walk into their new storefront on Shroyer Avenue, and I see just what I envisioned; pale yellow walls that are reminiscent of cake mix, large jars of colorful gumballs in the background, chocolate cake pops, coffee brewing, and of course gelato for sale.

I am greeted by a warm and friendly smile from none other than 22 year old Brittany Moore, the owner of Moore Dessert Please! Her mom and other family members are there to help make this venture possible, and even though they opened just last Wednesday May, 2nd, they are busy already.

The Beginnings of Moore Dessert Please!

Brittany Moore started baking in 2010 for more than enjoyment, but had such a strong passion, she knew that she could take it to the next level. In fact, Brittany was so passionate about her cupcakes, that she started an online ordering system, and has been delivering them throughout the Dayton area for the past two years. Brittany has been baking out of her home, packaging up her cupcakes, and then delivering them on her own, but in that time frame the demand has been growing for more cupcakes. In fact, rather than requests for wedding cakes, Brittany gets many requests for her cupcake towers too.

It’s no surprise now that it has become the trend!

With all cupcakes baked fresh every day and made from scratch, they became a hit around Dayton. Brittany decided to inquire with the Food Network show "Cupcake Wars” when she saw that they were casting, and after her inquiry she waited six months and received a phone call from LA.

It was then that she and her mother were asked to make a 3 minute funny video to send in, and within a few weeks, they got the call. The filming was done in October, and it spurred them to put the plans for a storefront into motion so that they could open up to everyone who wanted to try them out!

What Does Moore Dessert Please! Offer?

Every day the shop offers 5 standard flavors which include: vanilla, chocolate, banana, carrot, and red velvet, and they will be offering 2 specialties. They also offer standard round cakes as well that are elegant and creative, and they serve up some tasty gelato from Gelatini’s Yummy Gelato. They plan to do a cupcake gelato with some of their standard flavors in the near future! 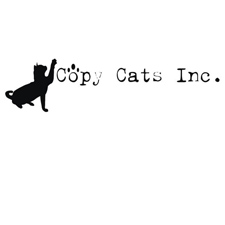