Memphis the Musical Coming to Dayton Next Week
Login

Memphis the Musical Coming to Dayton Next Week 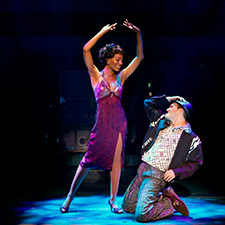 Jasmin Richardson plays Felicia in Memphis which is at The Schuster Theatre April 8 - 13, 2-14. “Felicia is very, very different from the other roles I’ve played."

Memphis the Musical Coming to Dayton Next Week

For Jasmin Richardson the land of Oz, is located in “Memphis,” the 2010 Tony Award winner for Best Musical, in which she stars. There’s no Emerald City, but the setting is smoky halls and underground clubs, which Richardson makes sparkle with her vibrant voice. “Memphis” comes to the Schuster Performing Arts Center  for a limited engagement, April 8 - 13.

Richardson’s journey down the proverbial yellow brick road began in her senior year of high school when she auditioned for the homecoming musical, ‘The Wiz’ and got cast as Dorothy. The performance earned her a nomination as Best Actress for a Tommy Tune award. “That experience really opened my eyes to the world of acting and is when I discovered my passion for the theater,” she said.

With a degree in musical theater from Abilene Christian University, Richardson went on to work as a performer on cruise ships and then moved to New York. Prior to “Memphis” she most recently filled the role of Deena Jones in the 2012-2013 National Tour of “Dreamgirls,” (in Dayton last year). In “Memphis” she plays Felicia, an electrifying black singer in the 1950’s, who catches the attention of a white DJ named Huey. Their relationship causes a cultural revolution when his vision meets her voice, and collides with the societal norms.

The opportunity to portray a character who is so strong willed and not afraid to pursue her dreams is extremely gratifying for Richardson. “To be a young woman in this industry, I’m honored to be playing such a driven, well put together character,” she said. “Felicia is very, very different from the other roles I’ve played. She’s a big dreamer and to see her dreams fulfilled by the end of the show is exciting.”

“Memphis” is set in an era when racial tensions were high and African-American singers were kept from the mainstream. The central story is Huey’s endless desire for Felicia’s voice to break through that barrier. “It only takes one person to spark a change. Huey is the catalyst of that change and I hope audiences realize that anyone can make a difference,” she said.

In addition to Best Musical, “Memphis” also won Tony’s in 2010 for Best Original Score by David Bryan, Bon Jovi’s founding member, and Joe DiPietro. It features a mix of R&B, rock-n-roll, and Jazz. Richardson promises that everyone will leave with a song stuck in their head.

Tickets for “Memphis” are on sale now and start at just $40. Tickets are available at the Ticket Center Stage Box Office, located in the Wintergarden of the Schuster Center or by phone at 937-228-3630 or 888-228-3630 and online at www.ticketcenterstage.com.   More information. 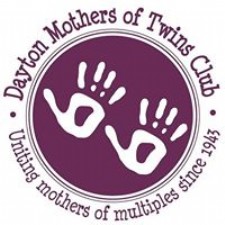 Kids Clothing & Equipment Sale
Events Calendar Featured Events
Follow Us
Dayton Local takes reasonable measures to ensure the quality and accuracy of the information on this page. Use of this site is at your own risk, and by doing so, you agree to our Terms & Conditions. You can report inaccurate, misleading or inappropriate information using the button below. Thank you.
© 2022 DAYTON LOCAL