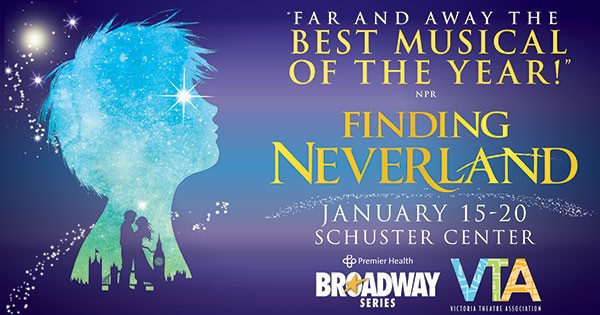 With the experiences had from being in “Finding Neverland,” Erdley is a young boy who never wants to grow up.

“Finding Neverland,” tells the story of how J.M Barrie became inspired to write Peter Pan after meeting a widow and her four boys. By playing one of the four boys, Seth Erdley gets to live in his own dream world every night when he steps onto the Mead stage at the Benjamin and Marian Schuster Performing Arts Center for ‘Finding Neverland.’ 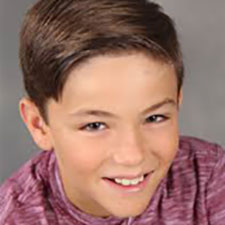 Depending on the night, Erdley plays George, Peter, or Jack; as a group of six young actors rotate between the roles. At first it was a bit challenging for Erdely, 13 years old, to learn three different parts, but he eventually mastered it. He enjoys the variety and has found something in common with himself for each character. “George and I both like to play instruments. Jack and I are very active and like to play all the time. And for Peter, we both like knowing that everything is going to alright,” he said.

While Erdley thoroughly enjoys playing each part, he is especially fond of Peter for the opportunity it provides to sing a duet with J.M Barrie (Jeff Sullivan). The cast’s vocals are impressive to Erdley and he never tires of hearing them. “When we rehearsed for the first time I was amazed by the adults singing. I wanted to keep hearing it,” he said.

Since he could speak, Erdley has participated in choirs but it was being part of ‘School of Rock,’ that really got him interested in musicals. Erdley played Zach Mooneyham in the show, who plays the electric guitar, and learning the instrument was a huge confidence booster. “Learning something new, really helped me to believe in myself and to know that I wanted to do theatre,” said Erdley.

“Finding Neverland,” is Erdley’s first national tour. The Pennsylvania native is joined by his mother on the trip and truly feels as if he’s living a dream. From traveling across the countries to cities he’s never seen and meeting fans at the stage door after the show, Erdley is having the time of his life. Through all the fun though, he and the other boys still must make time for their education. Lead by a private tutor they follow a cyber school curriculum and have class either on the bus or in the hotel. They also have some study time during the intermissions.

“Finding Neverland,” will be at the Schuster Center, January 15-20, and Erdley vows it’s a show not to be missed. “There’s great music, with some funny parts and also sad parts. There is something for everyone to enjoy,” he said.