Broadway smash Hamilton is coming to Dayton
Log In 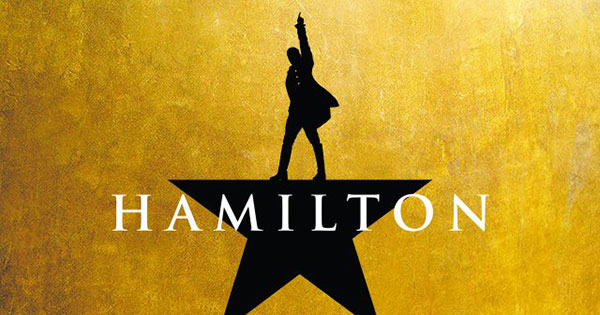 Dayton Live will welcome the first Dayton engagement of HAMILTON to the Benjamin & Marian Schuster Performing Arts Center next year.

'Hamilton' is finally coming to Dayton!

Dayton Live is pleased to announce it will welcome the first Dayton engagement of HAMILTON to the Benjamin & Marian Schuster Performing Arts Center next year in the 2021-2022 Season.

“We’re thrilled to announce HAMILTON’s premiere engagement in Dayton,” said Ty Sutton, President & CEO of Dayton Live (formerly Victoria Theatre Association), the nonprofit arts organization that presents the Premier Health Broadway in Dayton Series at the Schuster Center. “We’ve been working to confirm dates for this incredible theatrical powerhouse since 2018. In fact, the question I get more often than any other is when will HAMILTON be here? Now we can officially confirm: HAMILTON is coming to Dayton.”

HAMILTON is the story of America then, told by America now. Featuring a score that blends hip-hop, jazz, R&B and Broadway, HAMILTON has taken the story of American founding father Alexander Hamilton and created a revolutionary moment in theatre—a musical that has had a profound impact on culture, politics, and education. With book, music, and lyrics by Lin-Manuel Miranda, direction by Thomas Kail, choreography by Andy Blankenbuehler, and musical supervision and orchestrations by Alex Lacamoire, HAMILTON is based on Ron Chernow’s acclaimed biography. It has won Tony®, Grammy®, and Olivier Awards, the Pulitzer Prize for Drama, and an unprecedented special citation from the Kennedy Center Honors.

HAMILTON will play two weeks of performances (16 shows) in 2022 at the Benjamin & Marian Schuster Performing Arts Center. On-sale dates for single tickets and group tickets will be announced at a later date. The best way to guarantee access to tickets for the limited engagement is to purchase Season Tickets for the full 2020-2021 Premier Health Broadway in Dayton lineup, which will begin in January 2021, and renew your Season Tickets for 2021-2022 when the time comes. Premier Health Broadway in Dayton Season Ticket Holders will have access to HAMILTON tickets before they are available to the general public.