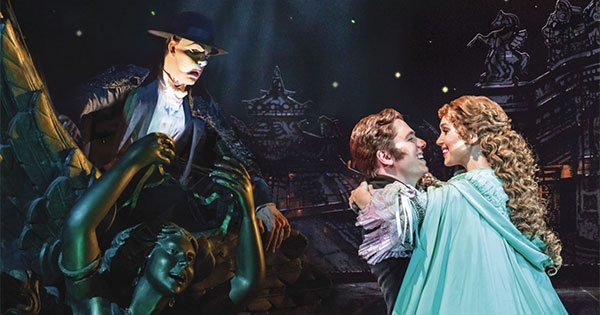 Add 'Phantom' to the list of Broadway musicals coming to Dayton as part of the 2017-2018 Premier Health Broadway Series.

The Victoria Theatre Association announced their line-up for the 2017-18 season last evening, featuring some of Broadway’s hottest new musicals, as well as some older favorites.

"Our 2017-2018 Season of the Premier Health Broadway Series brings some hot new titles," says Ken Neufeld, VTA President and CEO.  "Current Broadway hits AN AMERICAN IN PARIS, BEAUTIFUL - THE CAROLE KING MUSICAL, and SOMETHING ROTTEN! are on the season, along with the spectacular new production of THE PHANTOM OF THE OPERA, a beautiful new revival of THE SOUND OF MUSIC, and Lin-Manuel Miranda’s first Tony Award®-winning hit IN THE HEIGHTS."

Projects Unlimited Star Attractions appeal to a broad variety of audiences and may include blockbuster Broadway hits, cutting-edge off-Broadway theatre, family-friendly shows and concerts. Families can look forward to a special treat this summer.  Disney’s THE LITTLE MERMAID will be at the Schuster from August 8-13, 2017.

Ranging from single-evening events to a three-week run, most Projects Unlimited Star Attractions tickets go on sale to the general public this summer or in 2017.

More Star Attractions will be announced as the 2017-2018 season approaches.

Season Tickets for the 2017-2018 Premier Health Broadway Series are on sale now via Ticket Center Stage – the official ticket outlet for Victoria Theatre Association presentations. New Season Ticket Holders will be seated once current Season Ticket Holders’ renewals are fulfilled.  For Season Tickets visit the Ticket Center Stage Box Office, located in the Wintergarden of the Benjamin and Marian Schuster Performing Arts Center or by calling 937-228-3630 or toll-free 888-228-3630.  Individual tickets to shows go on sale at a later date. 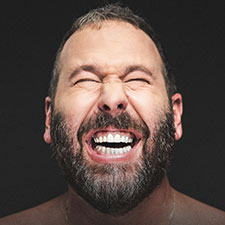 Bert Kreischer: Fully Loaded Comedy Festival
Events Calendar Featured Events
Follow Us
Dayton Local takes reasonable measures to ensure the quality and accuracy of the information on this page. Use of this site is at your own risk, and by doing so, you agree to our Terms & Conditions. You can report inaccurate, misleading or inappropriate information using the button below. Thank you.
© 2022 DAYTON LOCAL