Boy Band musical comedy to be filmed in Dayton
Login

Boy Band musical comedy to be filmed in Dayton 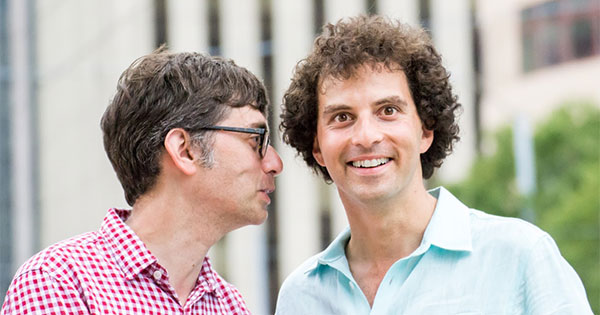 Wanna see a movie about an aging, fat boy band from Dayton, Ohio?

Boy Band musical comedy to be filmed in Dayton

You saw the Levinson brothers at TEDx Dayton in 2015.  Now Stephen Levinson and Joel Moss Levinson dream of filming a full-length motion picture in their hometown of Dayton, Ohio.

‘The Boy Band: The (Heart)throb Story,’ is a musical comedy, written by the brothers who yearn for the opportunity to make the country laugh through their passion for film. To help their dream be realized a Kickstarter campaign was formed in order to raise the needed funds. 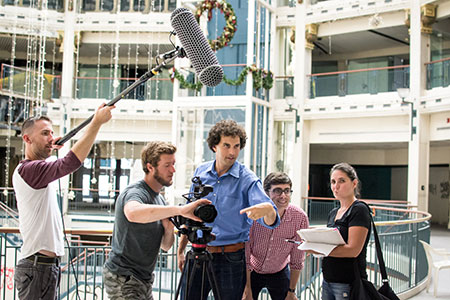 After years of utilizing their creative and filming skills to benefit others; with Stephen as a writer for ‘The Tonight Show with Jimmy Fallon) and Joel as the director of several internet videos, they decided to do something for themselves.

It’s very meaningful to the brothers that Dayton serves as the stage on which their life’s work is presented. Beyond the opportunity to go home to their families after a long day of filming, being in Dayton also provides a well-deserved opportunity for those who work behind the scenes.

“The crew available here is talented, but many of us have been toiling away on projects like commercials and other people’s videos – so to do work on something that’s pure creativity and not just an ad campaign for cat food is a huge creative blessing,, and as a result we’ve got a lot of incredible people willing to work for less than they deserve to make something from a place of passion. Plus, parking in Dayton is AMAZEBALLS. There are 10-hourmeters! TEN HOUR METERS!” said Joel.

The movie is about an aging boy band, with members that are balding and have expansive waistlines, who have spent every day of the past 17 years working on the follow-up to their multi-platinum debut album. They have run out of money and are on their last day in the studio to finish the album they hope will restore their former international glory. It will star Seth Herzog (The Tonight Show), Jordan Carlos (The Nightly Show with Larry Wilmore) and Steven Agee (The Sarah Silverman Project).

Filming is scheduled to begin on October 15 and continue through the 28th, in downtown Dayton, Kettering, and Yellow Springs. It’s expected to take about six months for editing and the Levinson’s hope to have it completed by next summer to enter into film festivals.

The support received so far through Kickstarter has made Joel feel extremely loved. “It’s special, and to come home to Dayton two years ago with my family with making movies as a goal - it’s just exactly why I moved here. To be in an amazing, creative, supportive community,” he said.

For ‘The Boy Band: The (Heart)throb Story,’ to make it to the big screen will be especially meaningful to Joel. “It will be the fulfillment of my life’s work. Plus also an excuse to eat popcorn,” he said.

To learn more and how to contribute, click here.