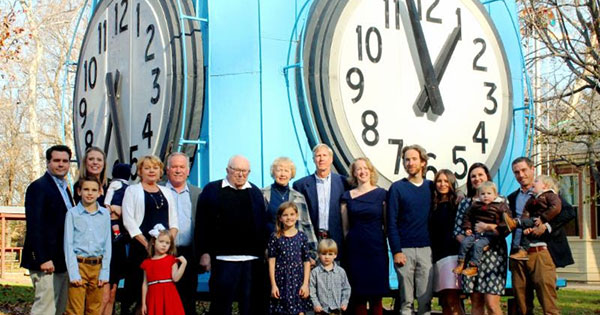 Dayton History has announced the construction of a new tower for the Callahan / Gem City Clock.

Brethen Tower will be visible from I-75

As Carillon Historical Park continues to invest in the improvement and growth of the museum's attractions, the Brethen Foundation is stepping forward to help champion one of the dreams on Carillon Park's wish list - to once again lift the historic Callahan Clock into the air and return this well-known landmark to Dayton's skyline. 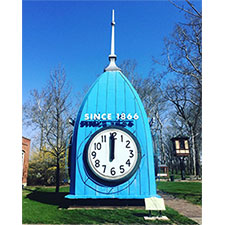 The iconic clock has been one of Dayton's best-known landmarks since 1919, where it originally sat atop the Callahan Building, later known as the Gem Savings building.  In 1978 the clock tower was moved to the Reynolds and Reynolds building near the intersection of I-75 and U.S. Route 35 where Reynolds' colors and the words "Since 1866" were added.  The clock has been on display at Carillon Historical Park since 2006.

Soon to be known as Brethen Tower, the new structure will serve as a major anchor on the museum's 65-acre campus. Plans call for Brethen Tower to elevate the restored architectural timepiece over 100-feet into the air at Carillon Park's west end, making the illuminated clock face visible once again from Interstate 75.

Additionally, Brethen Tower will be interactive and interpretive, as guests will be encouraged to climb the tower's stairs to a viewing platform high above Carillon Park, encountering educational panels describing the history of the clock and the surrounding landscape and transportation corridors.


"The people of Dayton have enjoyed looking up at that clock for a century," said Foundation Trustee David Brethen. "Having the opportunity to get it back up in the air where people can see it again, while at the same time helping Carillon Park, a place that we love ... well, we are thrilled to help make this happen."

Outlined in conceptual renderings unveiled during Dayton History's 2015 10-year anniversary, Museum officials hope Brethen Tower will also serve as the central feature in the first phase of a future Carillon Park Railway loading station. Dayton History President & CEO Brady Kress shared: "As a private non-profit museum, everything we do here is donor-driven. The Brethen Foundation stepped forward to first help build our Carousel of Dayton Innovation, now their philanthropy is propelling this major project dreamed about since adopting the clock in 2006. We are so thankful and thrilled with the family's generous support."

With the completion over recent years of the Carillon Brewery, the Tree of Light, and the Build for Tomorrow Theater, Brethen Tower will be one more forward step to fully realize Carillon Park's Master Plan. 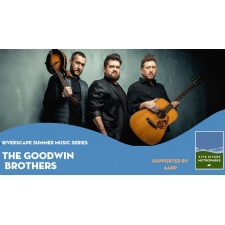 The Goodwin Brothers at Riverscape
Events Calendar Featured Events
Follow Us
Dayton Local takes reasonable measures to ensure the quality and accuracy of the information on this page. Use of this site is at your own risk, and by doing so, you agree to our Terms & Conditions. You can report inaccurate, misleading or inappropriate information using the button below. Thank you.
© 2022 DAYTON LOCAL